Decades ago, it wasn’t uncommon for pregnant women to hear that they needed to give up their pet cats to reduce their risk of contracting toxoplasmosis. More recently, detractors of trap-neuter-return (TNR) programs have capitalized on the misunderstandings surrounding toxoplasmosis to foster opposition to community cat spay/neuter efforts. So whether you’re working the intake desk at your local shelter or operating a TNR program, you need to know the facts about this disease.

Toxoplasmosis is caused by the parasite Toxoplasma gondii. The parasite is prevalent throughout the world (it was even recently found in the Arctic), and approximately 60 million people in the U.S. alone are infected.

Is this cause for alarm? Not in healthy people. The vast majority of those infected never experience symptoms or lingering health effects. However, people with compromised immune systems and women who are pregnant need to take commonsense precautions to prevent infection.

The U.S. Centers for Disease Control and Prevention (CDC) lists eating undercooked meat (especially pork, lamb and venison) and handling raw meat or the surfaces it comes into contact with as the most common forms of transmission. Contaminated drinking water is another potential source of infection, which is what happened in British Columbia, Canada, in 1995, when an outbreak was traced to a municipal water supply.

Cats, or the entire Felid family to be more accurate, are the definitive host for the T. gondii parasite. That means the parasite can only complete its full sexual life cycle in the digestive tract of a feline. (Other species that can become infected are considered “intermediate hosts” because the parasite can only undergo asexual reproduction.) The domestic cat and wild cat species become infected by consuming infected meat or water, and will then shed oocysts (the fertilized egg of the parasite) in their feces for one to three weeks. The vast majority of infected cats don’t exhibit any clinical symptoms. 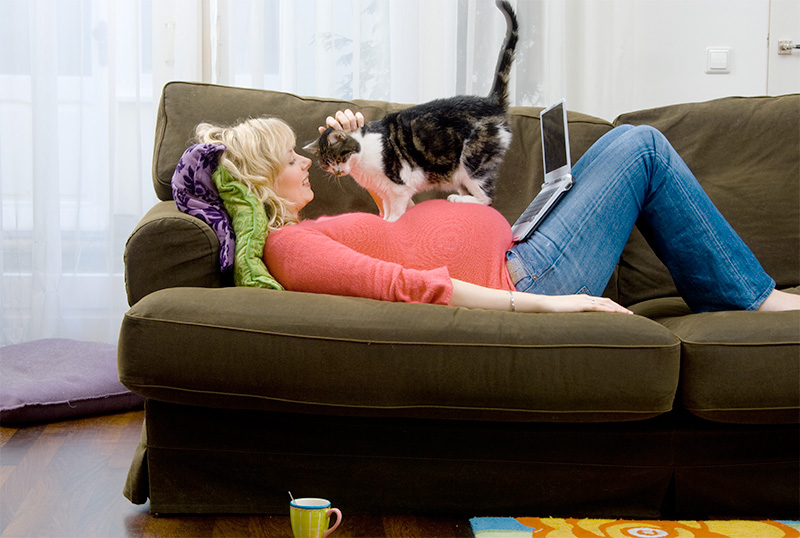 In the U.S., the prevalence of cats who are actively shedding oocysts is quite low—approximately 1 percent, according to the Companion Animal Parasite Council. The oocyst shedding leads to the other mode of infection for people and other warm-blooded animals: consuming feces that contain the oocysts, such as by eating a plant with feces residue or by gardening and not washing your hands before eating.

The CDC recommends several actions to help prevent the spread of toxoplasmosis. They include appropriate handling and cooking of meat; washing countertops, cutting boards and utensils thoroughly; washing and peeling fruits and vegetables; wearing gloves while gardening; and, of course, washing hands appropriately. Regarding cats, the agency doesn’t recommend getting rid of Fluffy—and neither do the American Veterinary Medical Association, the American Pregnancy Association or the Mayo Clinic. Appropriate safeguards for cat owners include keeping pet cats indoors, scooping litter daily (the oocysts take one to five days to become infectious after being shed) and washing your hands afterward, and letting someone else have scooping duty while you’re pregnant or immunocompromised.

So what’s the big fuss? Well, for those of you involved with TNR programs, it’s likely that you have been asked about toxoplasmosis by a public official, community member or wildlife conservationist. Many in the anti-TNR camp have been beating the drum recently about this parasite due to ongoing research into its impacts on human and animal health.

Some recent studies have suggested a possible link between toxoplasmosis infection and cognitive diseases such as dementia, neuropsychiatric disorders such as schizophrenia, and increased prevalence of aggressive or risky behavior. While many studies can draw a correlative effect, that doesn’t equal causation, meaning the studies might show an association but don’t prove that toxoplasmosis—rather than pesticide exposure, diet, overall health, lifestyle and other factors—is the cause of any of these conditions.

Researchers from Duke University recently conducted a study that concludes: “On the whole, there was little evidence that T. gondii was related to increased risk of psychiatric disorder, poor impulse control, personality aberrations or neurocognitive impairment.” Other studies that have identified possible associations have garnered sensationalist headlines in the media, far different from the actual conclusions drawn by the researchers. For example, a recent study in the Journal of Clinical Psychiatry states that “no causal, or directional, conclusions can be made from these analyses.”

Research into the impact of toxoplasmosis infection on marine mammals and seabirds is another topic that has triggered a flurry of media stories. Hawaii has become a hot spot of debate, since many threatened and endangered species are found only on those islands. There have been scattered cases of toxoplasmosis-caused death in Hawaiian monk seals and the nene goose, Hawaii’s state bird. While any loss is cause for concern in a threatened or endangered species, the death rates due to this parasite are low—less than 5 percent of overall mortality—and need to be viewed in the context that these populations face many risks, and both species are slowly increasing in numbers.

Also highlighting the complexity of the wildlife issue, a 2015 study in the International Journal for Parasitology found a greater prevalence of T. gondii infection in sea otters living off the unpopulated California coast compared to those living in the urban river outlets, leading the author to conclude: “Ironically, now it seems that spillover from wildlife, not pets, dominates spatial patterns of disease transmission.”

While more research is needed to determine the exact risks of toxoplasmosis on human health and wildlife, in the end, this disease provides yet another reason for aggressive TNR efforts. Since cats who have been infected shed oocysts only once (repeated shedding has only been seen in a laboratory setting in cats with severely compromised immune systems), sterilized cats in managed colonies that have the parasite are no longer producing the oocysts. And it’s worth stating that even if we had a magic wand to make all outdoor cats disappear today, the parasite would still be prevalent in the environment for a long time—in the soil, water and tissues of intermediate hosts. 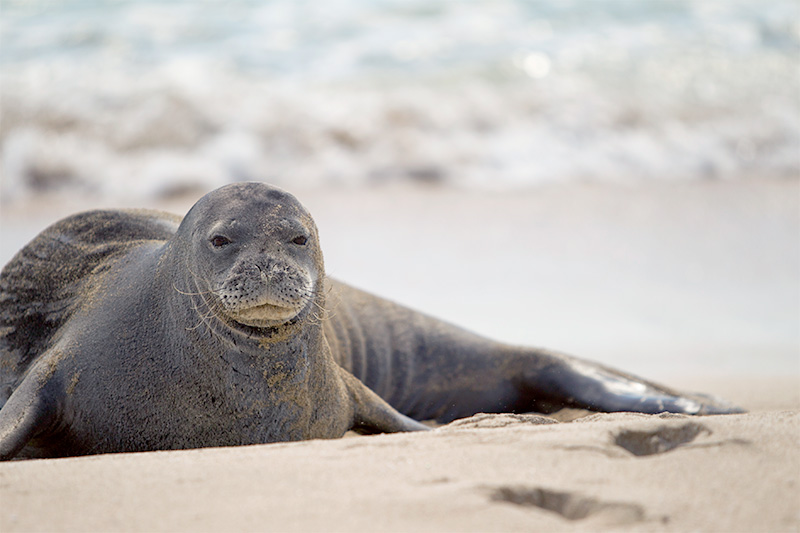 As we see with other concerns like wildlife predation, rabies risk and public nuisance issues, TNR programs that effectively reduce the outdoor cat population also decrease the amount of T. gondii oocysts in the environment. So let’s fight hype with facts and work together on practical, effective programs to reduce cat populations for the benefit of everyone, including the cats.