With all the channels of communication available today, it can be difficult to decide which will be most effective for your shelter’s needs. Should you produce a print newsletter, a digital newsletter or both? Should you write a daily blog, or would that effort be better spent on Facebook and Twitter? How much time should you invest in other social networking sites?

Each communication tool has its own advantages, depending on your goals and audience, but one thing is certain: To save more animals and increase your impact, you must share the stories of your organization’s good work with as many supporters (and potential supporters) as you can reach. And there’s no single tool that will do it all.

In an age of widespread email and internet usage, nonprofits can no longer rely solely on print newsletters and direct mail donation appeals to connect with supporters. That’s led many to ask: Is it worth the time and expense to produce print newsletters for the shrinking number of people who prefer to get communications the old-fashioned way?

Champaign County Humane Society in Illinois has been operating for over 100 years, and its print newsletter currently circulates to thousands of longtime supporters two or three times per year. “If you’ve had a certain donor base for many years, those people are now elderly and they want print,” says executive director Mary Tiefenbrunn. “If they didn’t get mailed pieces, they’d have nothing to respond to.”

Print may take some of the immediacy out of a donor appeal, but Tiefenbrunn believes this actually works to an organization’s advantage. “Print can be set aside for later, but electronic puts people on the spot. We sometimes get returns months after an appeal has gone out. They may not come back right away, but at least they come back.”

Some shelters have tried doing away with print newsletters due to cost concerns, only to receive vehement pushback. Angela Speed, vice president of communications for the Wisconsin Humane Society (WHS), says she had to use a spreadsheet to track the number of complaints the shelter received when it announced plans to discontinue its newsletter.

“People were so attached to it,” she says. “Some of it was due to not being digital-savvy; some was plain and simple resistance to change. But readers mostly value the print piece because it contains content that the website and social media just can’t offer. It’s used as a vehicle to tell more in-depth stories and provide more information about our work and programming. Having something physical in someone’s hands is still important, especially to certain demographics.”

WHS brought back the print newsletter, which now goes out quarterly to approximately 30,000 people. Speed says that although print costs have increased, the returns that roll in as a result of print mailings, such as estate gifts or larger donations, justify the expense. “There’s certainly still a significant audience looking at print and choosing to support us through that media channel.”

If cost is a concern when pondering the future of your print pieces, there are ways to stay within your budget, such as reducing the page count or frequency of mailings, using a bulk-mail permit to get nonprofit mail rates or only mailing to a certain segment of your list. You might ask a local printer to cover the printing costs, or find volunteers to take on the post-press work, such as folding, labeling and sorting pieces and delivering them to the post office.

Another cost-saving measure is to make sure you maintain a “clean” mailing list by removing duplicate entries and bad addresses. Sending multiple copies of a newsletter to the same household is a waste of resources, and post office fees for undeliverable mail can add up. That’s why it’s important to enlist detail-oriented volunteers or staffers to the data entry effort.

While it takes time to produce an attractive, engaging newsletter, many organizations believe it’s still worth it. For example, a print newsletter can be an important outreach tool for organizations that frequently table at community events or hold adoption fairs.

Tiefenbrunn views a newsletter as more of an engagement piece, cementing supporters’ commitment to the organization, rather than just another money-making appeal. “It’s important to be a little strategic with your communications—you don’t want to always be asking for money, unless you have a really compelling situation,” she says. “You want to be telling people things and showing them what their money does. It helps them feel like they’re a part of something.”

Digital tools allow for new ways of reaching out, with email blasts and electronic newsletters becoming increasingly popular due to convenience and affordability. Sheryl Blancato, executive director of Second Chance Animal Shelter in Massachusetts, says that readers like to get their information in different ways for different reasons.

“They like passing on the print pieces to other people, but they also like the instant gratification of just clicking and reading,” she says. Second Chance puts out a digital newsletter every week and a print newsletter three times a year. “Digital is our day-to-day stuff,” Blancato says, “while print gets the monthly highlights.”

Tiefenbrunn agrees that it’s most effective to do both. A print newsletter, for example, is a great place to recognize supporters. “We post memorials for both animals and people and use that space to publicly acknowledge our honorary donations,” she says. “People seem to love … looking for their friends or friends’ pets.”

Digital, however, can be used to keep donors informed about immediate challenges and make them feel like part of the family, says Blancato. “Readers get a snapshot into what we’re doing on a daily basis, and it keeps them engaged with us. If they’re aware of what’s going on, it also makes it more difficult to give us a hard time when it comes to where the money’s going—it’s very important for them to know that.”

Even if your organization produces both print and digital newsletters, these are one-way communications. Many of your supporters will also want and expect the interactive communication found on Facebook and other social networking platforms.

Second Chance tries to post to its Facebook page a couple of times a day. The staff have also tried Instagram, but realized their resources were better spent on Facebook, where they have accumulated nearly 20,000 fans. “Facebook is by far the most bang for the buck,” Blancato says. “We’ve overheard people at our events talking about some of the news we’ve posted. So we know they’re engaged and that we have an interactive audience. We have someone specifically dedicated to taking care of the page and making sure we respond to people.”

“Our most popular content on Facebook is about animals who are up for adoption,” says Speed. “People want to know how they came to be with us and that they’re safe now and how wonderful they are. On social media, it’s almost like people want to cast themselves in the future of that animal. By sharing or commenting or tagging someone, they become part of that animal’s destiny and become a hero in that story.”

Online donation appeals can likewise create a sense of immediacy and investment in the outcome. “If we run a donation campaign, our audience are characters in that storytelling narrative,” Speed says. “Because we’re relying on community support almost 100 percent, it’s essential to get that news out and engage that audience.”

Tiefenbrunn saw the power of Champaign County Humane Society’s Facebook account a few years ago when a summertime water main break caused the shelter to lose its running water. After putting out a request for bottled water for the animals, “we wound up with so much that we had to donate some of it back,” she recalls. “We had pallets and pallets of water. … It was an urgent need, and all they had to do was drive over with a case or two, and they felt like they were doing something important. We had people donating within an hour of the post going live.

“With the right ask at the right time, you can get a lot of people to help. Other times, you get squat,” she adds. “Social media can be a love/hate relationship, but it can also be a really exciting engagement mechanism.” 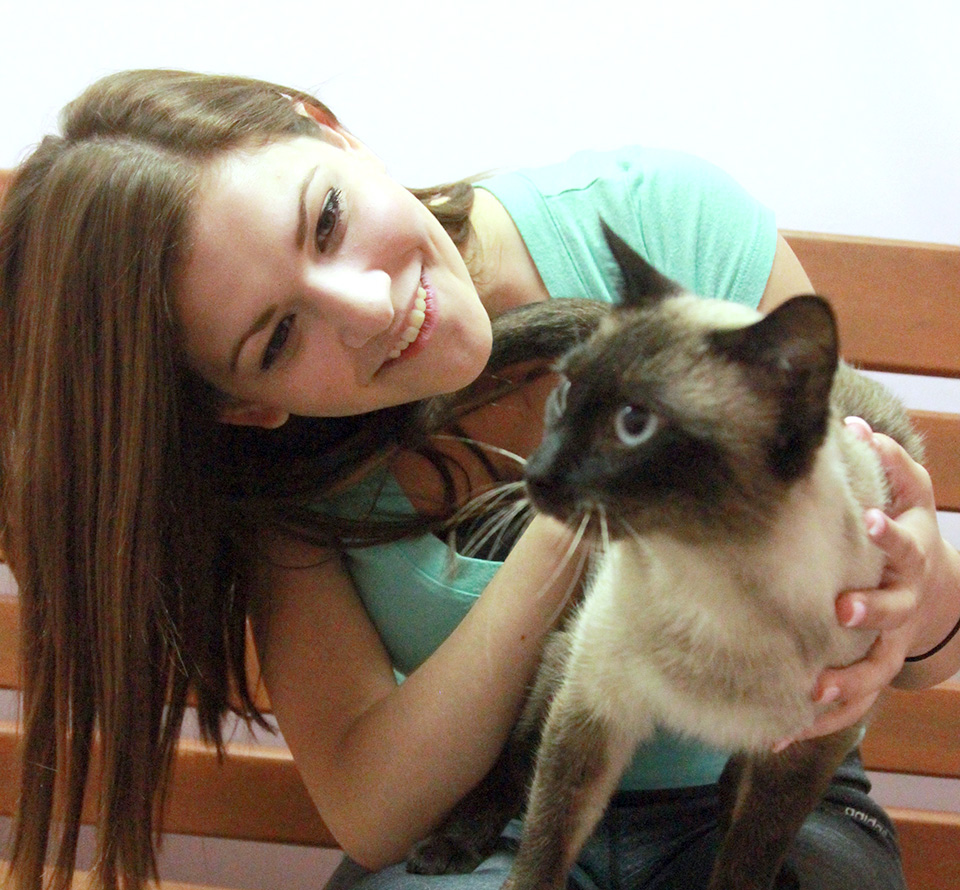 People are bombarded with more news than ever these days, and shelters have to work harder to reach people through their platform of choice. But as an animal welfare organization, you’ve got an advantage over other news sources: an unending stream of compelling content. “Every animal and person we come into contact with has a story,” Speed says, “and people who love animals are interested in hearing those stories and sharing their own.”

That said, few organizations have unlimited time to do everything they’d like to do in their communications. “You get to a point where you’re trying to maintain so much, and you just can’t do it all,” says Blancato.

For most organizations, that means making some strategic choices—for example, you may need to decrease your number of print mailings to free up staff time to manage a Facebook page, or you may need to focus on just one or two social media platforms rather than trying to have a presence on all of them. Instead of starting a blog, you might decide to make a “message from our leader” a regular feature of your digital newsletter, or conversely, you might tweak your blog content so it also delivers the information you would include in a digital newsletter.

In the end, no matter which options you choose, your goal is to keep your supporters aware of your good work and to attract new people to your cause.